Pokémon Gemme is known as a french fan game reuniting the first 4 generations of Pokémon together with its own, featuring tons of references to the Pokémon culture, be it about the anime, the games or other sources.

This fan game has known multiple demo releases, most renowned being version 3.5 released in 2012, downloaded 2 millions times, and version 3.9.7 released in 2013, downloaded 180 000 times. Since then, the players have been waiting for version 4.0 which developed very slowly due to reduced workforce (3 people).

Until August 2017, the project was as good as dead, so we took it upon ourselves to build a new development team to resume the project in early 2018 on sturdier foundations. Following the impulse of newcomers, the scenario has been rewritten and the stakes have risen.

From then on, Pokémon Gemme has been a more ambitious project, we made some choices regarding technical and strategical points of view. The story will definitely target a more mature audience, and this story will be divided in a few chapters released gradually. This will allow the players to provide us with their feedback and consequently improve the game during its development. Completionists will be able to enjoy a bunch of side quests to prolong the experience.

The game will be playable with a fully open source game engine, unlike most non-french fan games operating an over 15yo engine. Pokémon Gemme operates with LiteRGSS, which is based on SFML. This allows for more freedom in the game designing. the game supports the following display resolutions : 640×384, 1280×768, 1920×1152, 2560×1536. Enough not to frustrate people owning 4K screens by forcing them to play a game appearing as wide as a stamp on their screen. The game could cover most of the screen if they so wish.

In Lakhalya, as a young trainer celebrates her 16th birthday, she starts her Pokémon adventure. Her big brother, who couldn’t have done likewise, cornered with family obligations, decides to accompany her to finally be freed from those obligations. They both follow their own path and split up. None is aware of the lurking upheaval that’s about to take place, one of the biggest their world has to undergo. When the past has too big an influence on the present, troubles start showing up.

We want to produce a game with an internal resolution of 640×384, meaning graphical elements won’t be pixelized using this resolution. To achieve that we must create the required graphical resources. The color pallet we picked is the one from the first seasons of the anime. 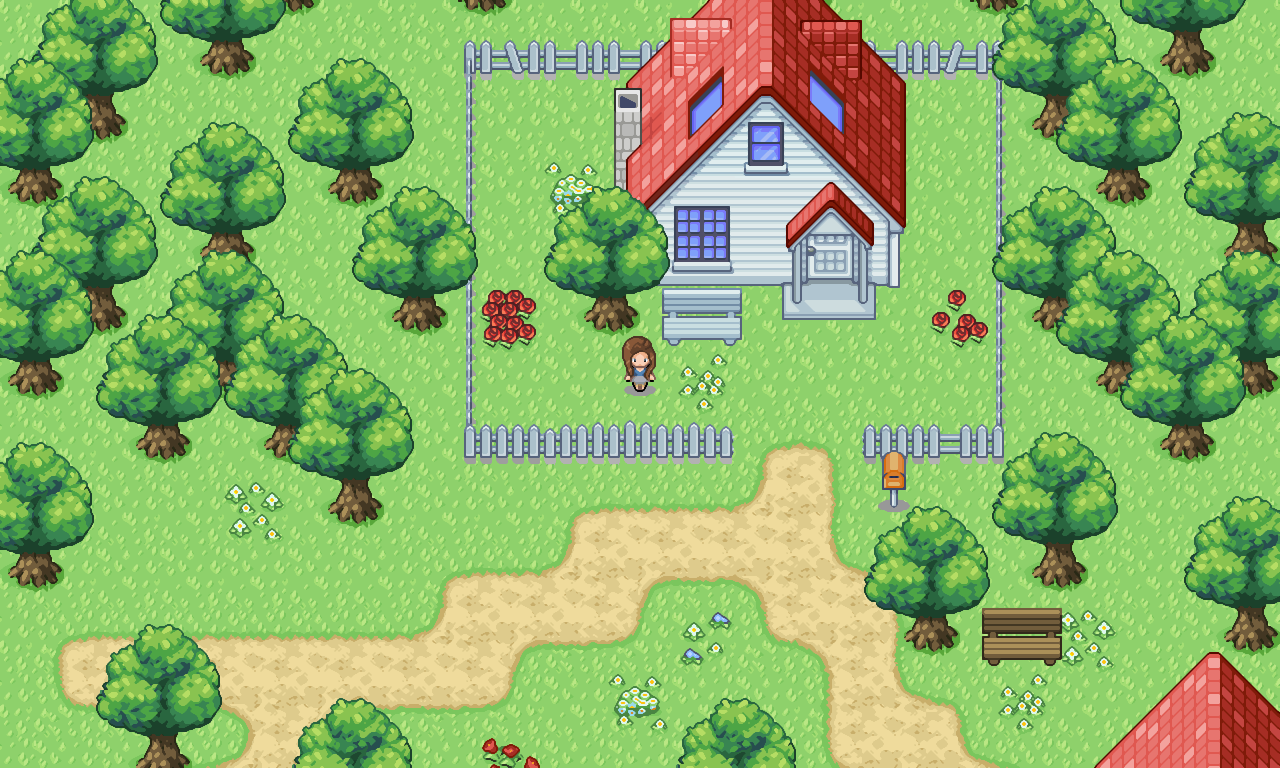 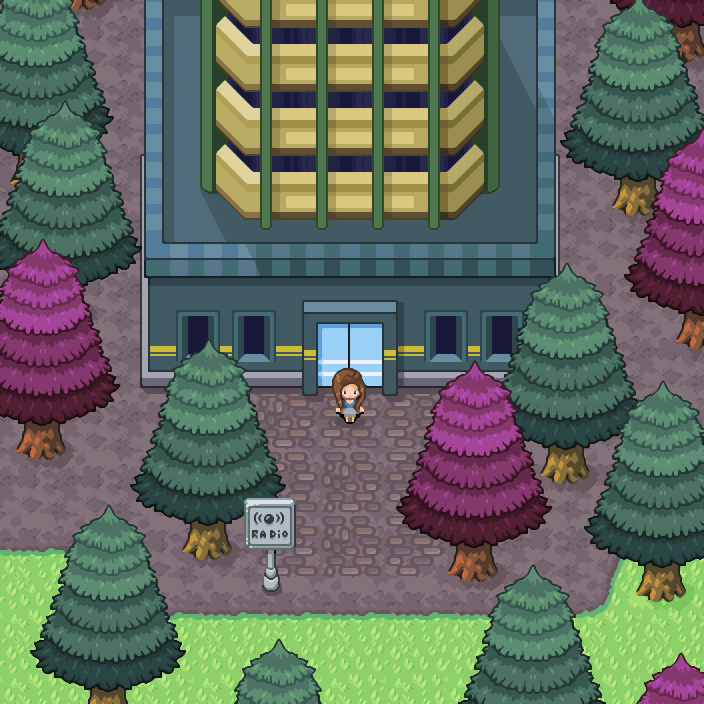 Note : The screenshots are subject to change and as such do not represent the final product.

Pixel Artists
We have great need of Pixel Artists to develop the game. The pixel art recruitment covers these subdivisions :

Join us on Discord to apply

Level Designers
To develop the game according to the scenario, ripping the original games maps isn’t enough, that’s why we also recruit Level Designers who’re tasked to create the maps, using Tiled as of now.
Join us on Discord for further information and to apply

Drawers (Artworks)
The game characters need an associated artwork, be it for animations or future teasing presentations, which is why we also recruit people skilled in the making of character artworks while observing a preset style.
Join us on Discord for further information and to apply

The game doesn’t make itself, actual people took part in its development, be it directly or indirectly. Here are the credits sorted by category of development of the game :

Tiled (temporary)
Thorbjørn Lindeijer
Everyone having participated in the development of Tiled : https://www.openhub.net/p/tiled-qt/contributors/summary

Ruby 2.5
Yukihiro Matsumoto
Everyone having participated in the development of the language